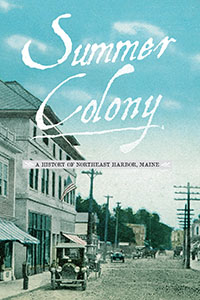 For those who call it their home away from home, Northeast Harbor, Maine has a magical attraction that has kept them coming back year after year for generations. From academics to ambassadors, clergymen to cabinet secretaries, many of America's most prominent men and women have spent summers in the village. “Summer Colony” tells the story of Northeast Harbor from its humble origins as a rural fishing and farming settlement to its development as one of the wealthiest communities on the coast of Maine. Told with never-before-seen home movie footage and dozens of vintage photographs, this documentary provides a truly unique look at the village and its inhabitants, both summer and year-round, as they share their memories of the past and their hopes for the future of this extraordinarily special place.