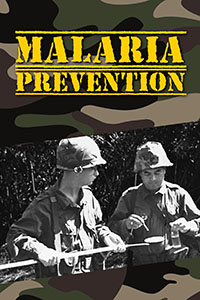 "You must remember that your blood smells good to the Anopheles mosquito. And she will notice a hole in your netting as quickly as you'll notice the only pretty girl at a party," intones the narrator of this 1967 informational film, produced by the U.S. Army to educate soldiers about the deadly reality of malaria before deploying to tropical countries like South Vietnam. Demonstrating step-by-step how to effectively use insect repellant, how to make sure a tent is safe from mosquitoes before bedding down for the night, and how units in the field can help limit mosquito populations in their zone of operations, this vintage informational piece documents the intensive efforts made by the U.S. military to combat the disease and its carriers.