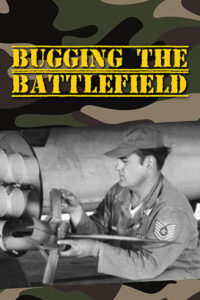 As the Vietnam War expanded, U.S. military leaders came under increasing pressure to solve the unique tactical problems of jungle warfare. Among these was the need to interdict the enemy’s lines of resupply and reinforcement, for America’s overwhelming advantage in firepower was uniquely suited to disrupting these routes, if only they could be discovered and monitored. In response to this problem, the military intelligence community initiated a new program of acoustic battlefield surveillance. Produced as a training film, “Bugging the Battlefield” shows how acoustic sensors are deployed into the harsh terrain of Vietnam, how they are monitored and how the acoustic signals are translated into actionable intelligence capable of being used against the enemy in real time.