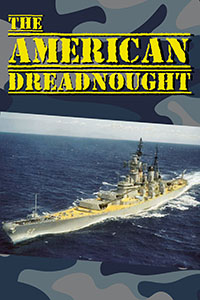 Commissioned in 1943, the mighty USS New Jersey was one of the last battleships ever launched by the United States Navy. Armed with nine sixteen-inch guns, the New Jersey would rain massive destruction upon Japanese bases from Truk to Okinawa and earn nine battle stars for her role in the Pacific War. Decommissioned in 1948 and then returned to service during the Korean War, the New Jersey would be retired again in 1956 and consigned to sit as a reserve ship at the Philadelphia Navy Yard. Produced by the Navy in 1968, “The American Dreadnought” is the story of the New Jersey’s life and her triumphant resurrection, for in 1967 came the order to refit and modernize the ship for combat service in a new theater of operations: Vietnam.