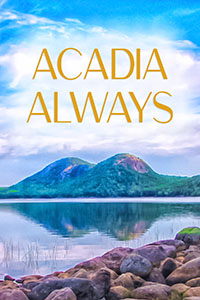 It is one of America’s most diverse, yet compact, national parks. It is a place of rocky shorelines, deep forests and the tallest mountain on the Atlantic coast, and from its founding in the early twentieth century, the beauty of Maine’s Acadia National Park has entranced generations of visitors. Hosted by Jack Perkins (of A&E’s “Biography” series), this documentary is a look at one of America’s favorite destinations, and a tribute to the men and women who keep and preserve it. Featuring breathtaking cinematography and a beautiful original score, “Acadia Always” is an intimate portrait of this very special place, one that will lift your spirits and keep Acadia alive in your heart... always.