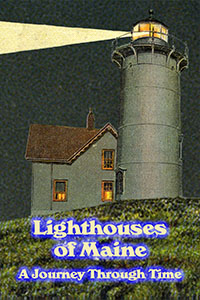 Lighthouses of Maine: A Journey Through Time

Even before America was itself a nation, the lighthouses of the Maine coast have been guiding mariners into and out of harbors along the treacherous coastline. Often the lights were a sailor’s one fighting chance against the ravages of the sea. Whether in search of the ocean’s bounty or in the service of trade, past these beacons the ships bravely went, their crews comforted by the thought that the lights would be there upon their return, guiding the way home. This special documentary tells the story of Maine’s lighthouses. Despite increasing obsolescence and changing maritime technology, many of the lights have somehow, miraculously, endured. Portland Head Light, Matinicus, Little River, Nubble, and many others – these are their stories. Here are the tales of the lights themselves, and those of the people who called the light stations their homes. And their stories are, in turn, a journey through time.