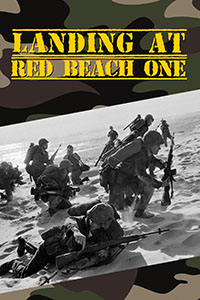 Landing at Red Beach One

Produced by the Marine Corps in 1967, this vintage recruitment and informational film documents the intensive planning and preparation that goes into launching an amphibious exercise, as well as the different military occupational specialties that are needed to pull off any large operation. From aerial reconnaissance pilots to forward air controllers and electronics specialists, “Landing at Red Beach One” shows how the United States Marine Corps brings together men of many different talents and backgrounds to create a cohesive single force, capable of winning decisive victories wherever in the world it is called upon to fight.