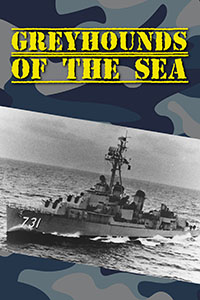 Greyhounds of the Sea

They are the workhorses of the U.S. Navy. Fast, versatile and heavily armed, destroyers have been the backbone of U.S. naval operations since the early 20th century when the USS Bainbridge – the nation’s first “torpedo boat destroyer” – was commissioned. Narrated by Jack Webb (“Dragnet”), this vintage documentary traces the evolving role of the destroyer in the U.S. fleet, showing how this tough and infinitely adaptable class of ship still plays an essential role in America’s naval supremacy.